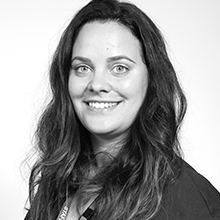 Neala Whybrow is Deputy Principal of Inclusion and Schools at Broadstairs College. She oversees the running and strategic development of the Broadstairs Junior College, sits on the Thanet Heads Committee and continues to build and grow the College’s excellent relationships with local schools. Through this, Neala has also been an instrumental part in leading the Thanet Transition programme, working collaboratively with schools in Thanet to support with transition and keep students in education.

Neala has worked hard to redesign the Junior College curriculum, ensuring it is robust and relevant to local demand, with the intention to springboard students into industry through a vocationally focussed programme of study. This has helped the Junior College to double in size to a current cohort of 79.

Neala trained in musical theatre, a career sadly cut short after developing a vocal disorder which meant she was no longer able to perform professionally. It was at this time she began as a teaching assistant in the drama department at her old school and was offered the opportunity to undertake a GTP in performing arts teaching, completing her NQT year in 2011. Neala very quickly discovered a passion for teaching performing arts and went on to head the Creative Industries Collaboration Provision across three schools in Berkshire.

In 2012, Neala saw a move to Kent to undertake a head of performing arts role at a specialist performing arts academy in Medway. With key responsibility for KS4 and KS5 curriculum design, it was this post that allowed Neala to focus on progression into FE and HE and designing a curriculum which prepared learners for industry. In this time, Neala managed to secure Artsmark Gold status for the school, allowing them to be recognised as a leading educational provider of the arts. She also established 100% achievement in KS5 Performing Arts outcomes.

Some of the restrictions of the national curriculum left Neala unable to give students industry experiences away from the limitations of the classroom. This led to her exploring a teaching route within FE where she could better support students to get into the industry.

In 2016, Neala took a role at Broadstairs College as Head of Creative Industries. Within a year, the department saw a big growth of 187 students, as well as positive outcomes and destinations for learners. Neala soon found herself supporting the 14–16 Broadstairs Junior College (previously branded as The Technical School) due to her background in secondary education. She designed and delivered a range of behaviour management training for staff, peer-on-peer observations of staff and was called upon by the executive team to assist with the pre-16 Ofsted visit in 2017, which resulted in a Good outcome for the provision.

In 2017, Neala took the opportunity to progress into senior management, in her current role as Deputy Principal of Inclusion and Schools.

This was a busy year for Neala as it not only saw her stepping up to senior leadership but also having a baby and buying her first home. As a result, she loves to spend her free time with her husband, daughter and step-son exploring her new home of East Kent.