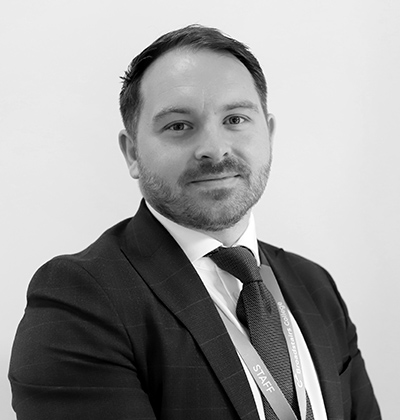 Kurt is extremely proud of the College, its staff and students and is dedicated to ensuring that it continues to blossom into a first-class education provider for the community it serves.

Kurt began his career working for his father’s company as a Bricklaying Apprentice within the construction industry, studying at Canterbury College on a two-year Apprenticeship. He went on to work as a bricklayer and builder for seven years, completing domestic and commercial renovations for new build properties within the London area for several companies and as a sub-contractor.

In 2009 Kurt decided that he wanted a career change and became a part-time firefighter for Kent Fire and Rescue Service, stationed on the Isle of Sheppey. During Kurt’s initial firefighter training he saw a bricklaying lecturer post advertised at Sheppey College and realised the opportunity to begin his teaching career. Kurt completed his teacher qualifications while working at the College and continued to be a part-time firefighter on call outside of working hours.

Over the following two years Kurt assisted with the growth of the Construction Department at Sheppey College and in 2011 he became the vocational team leader for construction. This was his first leadership position within education, and he led a team of 10 construction teaching staff. Six months into this role an opportunity arose for Kurt to apply to become a full-time firefighter for Kent Fire and Rescue Service and he was soon stationed in Canterbury as a member of White Watch. This presented a crossroads for Kurt and he thought that he would have to choose between a career within education and a career within the fire service. However, Sheppey College offered Kurt the option of retaining his role on a part-time basis, so for the next four years he did exactly that.

During this period Kurt established a new training centre in Eastchurch on the Isle of Sheppey, which is now part of the EKC IntoWork business unit. The training centre offers education to serving prisoners who are close to release and forms a large part of the ‘reducing reoffending’ initiative of the HM Prison Service. Kurt transformed the training centre from several empty rooms into a vibrant training facility. It serves hundreds of learners each year, helping them to become fully qualified computing specialists, plumbers and electricians. Kurt worked closely with the prison service during this time and had to adapt to a new way of working to ensure that he created a bespoke suite of training programmes to support the needs of the customer.

Kurt was soon hooked on creating new opportunities for his learners and so, in 2015, he made the decision to leave the fire service after securing the role of Deputy Head of Sheppey College. Kurt continued to oversee the Construction Department and the Eastchurch training centre but also held a strategic role overseeing the leadership of the Hair, Beauty, Health and Social Care, Computing and Business Departments. He also worked hard to establish relationships with key stakeholders to enhance the student experience.

In 2016 Kurt set up his second training centre, taking on the new challenge of Head of Sittingbourne Technical College. This was a partner project working in conjunction with MidKent College and Kent County Council. During this period he also added the Canterbury College Construction Department and the College’s Computing Apprentices to his portfolio of responsibility, heading up the departments and overseeing a large curriculum team across several different colleges within the EKC Group.

In 2018 Kurt gained the role of Deputy Principal at Folkestone College, a key strategic role within the EKC Group. During this time Kurt line managed department heads of Professional Services, Supported Learning, The Edge and Additional Learning Support. He also led Teaching, Learning and Assessment, as well as safeguarding for the College.

An opportunity soon arose for Kurt to apply to become the Principal of Broadstairs College and to achieve his career aspiration of being a Principal of a large and diverse educational establishment. Kurt was successful in gaining this position in September 2018 and started the next chapter of his career.

In his spare time, Kurt has achieved a master’s degree in Leadership and Management. Originally from South East London, he moved to the Isle of Sheppey in his teens and has since relocated to Herne Bay with his partner and two children. Kurt enjoys playing golf competitively and spending time with family and friends.