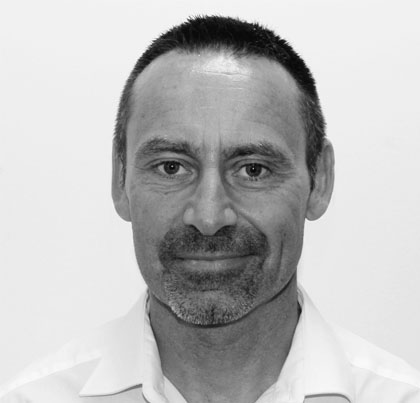 Working as the Group’s Chief Operating Officer, Andrew leads the delivery of a whole host of the Group’s centralised services. He is the strategic lead for human resources, technology and systems, estates and a range of other business critical functions.

For Andrew, it is almost a case of ‘returning home’ as he is one of Broadstairs College’s alumni. He took his A-Levels at the College in 1991, when it was known as Thanet Tech, before beginning his career at Thanet District Council as a filing clerk. After five years with the council, and craving professional development and a new challenge, Andrew departed for Norfolk, taking up a position at Kings Lynn Council. He remained in post for the next four years, gaining experience and growing his skillset.

However, as an East Kent native, he yearned to return to the county, and in 1996 accepted the position of Benefits Manager at Shepway District Council (now Folkestone and Hythe District Council). He spent 2 years in post, before progressing to Canterbury City Council in the same role, but with an expanded remit.

In 2005, Andrew decided he wanted to experience service delivery in the private sector in order to develop a broader knowledge of his specialisms. He took up an Executive Consultant position with Civica which is a market leading specialist in digital systems. His time at the company gave him the opportunity to immerse himself in systems development, building a strong understanding of digital technologies and the way they could be implemented. After 18 months with Civica, Andrew returned to Canterbury City Council as the Head of Revenues and Benefits. He spent more than four years in the role, developing his team and leading the service successfully for the council.

In 2010 Canterbury City Council, Dover District Council and Thanet District Council decided to partner on a range of services. As a consequence, Andrew was tasked with setting up and delivering the new East Kent Shared Services within a very short period. After just months in his new role as Head of Shared Services, Andrew had developed the new sector-leading organisation, and began delivery for the three client councils. During his tenure as the Head of Shared Services Andrew brought the different systems together, aligning the various ways in which staff across the councils worked and creating significant efficiencies within the service as well as winning national awards.

Andrew lives in Ramsgate with his wife and two children. A keen runner he’s tackled 26 marathons through the years and still runs half marathons now. Within these, he’s also taken on a couple of ultra-marathons, showcasing his determination and resilience. As a person who loves living on the coast, Andrew’s also passionate about marine life, and highlights some of his most memorable and enjoyable experiences have been when he’s been able to dive with sharks!